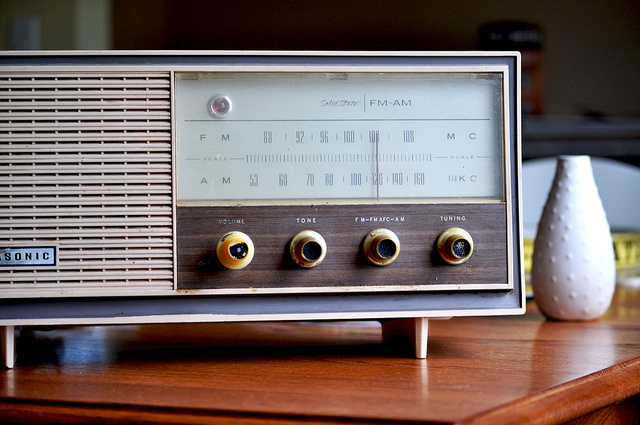 A Cold, Harsh Reality For Radio

I stayed in my seat and listened politely, though I wanted to jump up and cross-examine the people onstage. Frankly, I couldn’t believe what I’d just heard, and it was so important that it needed to be clarified immediately. Could it really be true? I’d been predicting it for years, but when I heard those words, it was like seeing an old friend I loved being knifed in the gut. I felt victimized.

But I also felt vindicated. The moment I am referring to was during our Radio Ink Convergence conference, held earlier this week. For two days, digital experts talked about the surprising growth of online radio listening in the past 12 months. We heard statistics and facts about significant increases. We heard that the iPad is the new transistor radio and the smartphone is the new radio receiver. We heard that Google’s YouTube is about to launch a radio service like Pandora, and that Apple is doing the same. So what I heard should have been no surprise, and in a way it wasn’t. But it was a shock.

For a decade or more, I have been banging my fist on the table, telling radio that a moment will come that the industry must prepare for. Some listened, but most ignored it as some “out there” prediction from an overzealous futurist. Yet what I’m about to tell you is not a prediction, and it’s not a guess. It’s a fact. And it was a giant shock for the people who attended Convergence.

On the stage were three representatives of the automotive industry: one from Gartner Research, a highly respected tech research firm; one from the Silicon Valley offices of General Motors, where they design interactive experiences and new technology for their cars; and one who represents an industry association for the connected car. They were on a panel moderated by Buzz Knight of Greater Media, and they talked about the direction of in-car experiences, the digital dashboard, and what will be coming next to the dash of the car — apps, Internet radio and audio in the car, and other things we knew were on the way. Then, suddenly, this statement was heard:

Gulp. Really? Did someone really just say that?

The panelists went on to say that young people don’t use radio anymore, and automakers see no need to continue to put radios in the car. The kids want Pandora, Spotify, and other audio services, and if they want radio, they can get it on TuneIn or iHeart or a similar service.

I couldn’t sit quietly anymore, so I went to the stage, apologized for interrupting, and started cross-examining the panel to find out if they really meant what they were saying. I was fuming inside, because it appeared they were working from incorrect assumptions. I wanted to find out if they were backed by solid data, or if they just believe “Nobody listens to the radio.”

When I questioned the panelists on their statements about the lack of youth listening, I asked if that was based on data, or is just a Silicon Valley perception. After all, Arbitron listening statistics don’t support their claim, and they needed to know that. Though I’ve seen personal evidence that young people seem to be listening less, Arbitron numbers say that’s not true.

The answer I received from the General Motors panelist is that GM uses youth consultants MTV Scratch, a unit of the giant media company Viacom that consults with brands about connecting with consumers and advises GM on trends. I was told there was extensive research to support the lack of interest in radio among youth and that GM researches everything to make sure they are giving consumers what they want. When I asked who did the research, I was told these are proprietary studies but clearly show trends saying young people no longer use radio.

Now that I’d established that GM doesn’t believe that youth listen to radio, I wanted to probe the statement that two car companies are pulling AM and FM radios, looking for specifics. I was told that is proprietary information, and that which two companies won’t have in-dash AM and FM couldn’t be shared. All they would say is that it was decided a year ago, and it will be happening within two years. The change is already in the works. This wasn’t a prediction that this might happen.It was stated as a fact by a top industry researcher. And it seems GM’s Chevrolet could be one of those automakers.

Before the conference I’d heard a rumor that Ford and Toyota both believe AM/FM should be left out of new cars, and that these big radio advertisers want cars to have online radio only so they’ll be able to measure their advertising reach precisely, rather than relying on estimates. Frankly, all other advertising has gone in that direction. Why not radio? Another motivation is that these companies will be offering LTE service in their cars. So they may be doing this for the income from data consumption, much as Apple makes money for having these services on iPads.

We’ve known for a long time that radio is losing its in-car monopoly as other music services hit the dash. But until this moment, we didn’t have confirmation from anyone in the auto industry that AM/FM receivers will be eliminated — by at least two companies, and soon.

If this is true — and these people have no reason to mislead us — this is the most important “unofficial” announcement in history regarding the future of broadcast radio. Though radio broadcasts will be available through distributors like TuneIn and iHeartRadio, your competition won’t just be in-market stations anymore. You will be facing a world full of competitors.

Many readers will be in denial after they hear this, saying it could never happen. One commenter on our website said AM and FM will not be removed from the dash in our lifetimes, while others raised the costs of bandwidth. Most who hear this will be tempted to ignore it.

Alert: Within two years, AM and FM will no longer be offered by two automakers. According to the Convergence panel, radio will be gone from all new cars within five years. Since the automotive companies work three years in advance, these decisions are being made now. It appears that radio really will be gone from the dash unless it’s heard through an Internet radio distribution platform.

What can be done about this? It depends on which camp you’re in. I happen to believe that this was inevitable, and I’ve been warning about it for a decade. Internet radio in car gives an exact measurement of listening, and that could be a good thing.

But I am deeply concerned about two things:

1. Are the car companies operating on incorrectly skewed research, or on the opinions of a youth-oriented consulting company? It’s easy to say radio is dead, but the Arbitron numbers don’t support it. GM and other car companies need to understand that if they are wrong, there will be consumer backlash if they remove AM and FM from cars. People love their radios. Young people don’t often buy cars, and radio is clearly stronger with baby boomers and older adults.

2. Safety is a giant concern. AM and FM radio stays available when the power goes down. Cell towers and the Internet do not. You can’t communicate with consumers in their cars during a storm or a mass evacuation when the signals cannot reach the car. Plus, there are still dead spots in America where there is no cell coverage. Is a car owner in a remote community to go without a car radio that works?

This is a slippery slope.

So what can you do?

1. You need to believe this is happening. It’s now a fact, directly from the mouths of the people behind it.

2. You had better start working out a strategy to strengthen your brand relationship with your audience now so they’ll still seek you out when they have tens of thousands of other choices.

4. If you want to fight this, you may want to consider starting with your local congressman. Congress may wish to consider legislation to require in-car receivers for safety purposes — though I’m not big on forcing regulation on consumer preferences. But Hurricane Sandy made it clear once again that Internet and cell signals cannot be relied upon for safety, and radio is the only means of communication that stays on the air in an emergency. Removing it from cars might not go over well with consumers for that reason alone.

5. You may consider having a talk with your biggest advertisers, local car dealers, to ask them to offer their input to the car companies. Pressure can change things quickly — but be careful; this approach could backfire.

Whatever you do, don’t ignore this. As Bill Burton of the Detroit Radio Advertising Group always says, a car is a radio on wheels. We’ve owned the car, and traffic has been a friend to radio listening. But it appears that, unless something changes, the AM/FM signal to the car will soon be a thing of the past. Whether these same companies will still offer HD Radio needs to be addressed — it may or may not be part of their plans. If it is, you’ll be forced to upgrade to HD to reach people in new cars.

Most people at the conference found this very unsettling, and I suspect it will create quite a ruckus in our industry, forcing the issue and bringing more details to light. Let’s hope so. We need all the facts so we as an industry can properly respond.